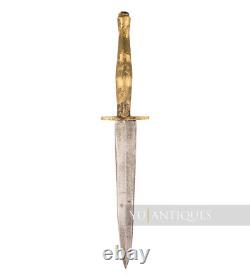 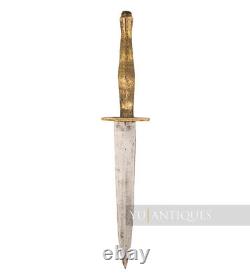 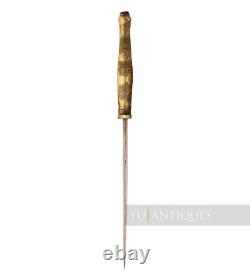 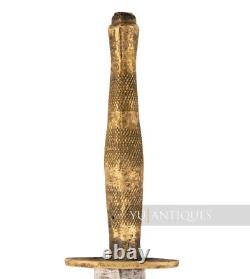 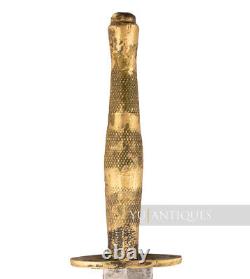 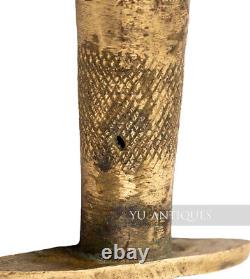 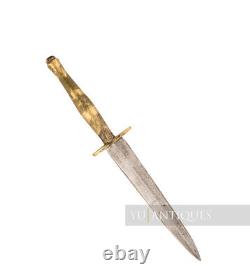 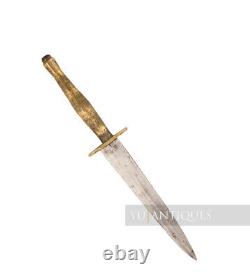 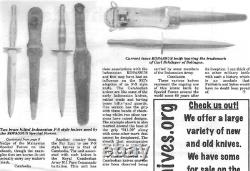 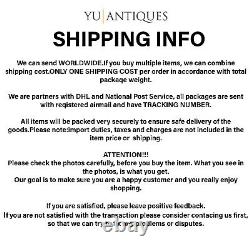 Post WW2 Fairbairn Sykes Cambodian Para Commando Battalion Fighting Knife Dagger. Item will be sent via DHL only! ATTENTION: Dear Customers, you will receive exactly the same item which you see on the pictures, not similar or other. Please read the description carefully and review the photos. The Fairbairn-Sykes fighting knife is a double-edged fighting knife resembling a dagger or poignard with a foil grip.

It was developed by William Ewart Fairbairn and Eric Anthony Sykes in Shanghai based on ideas that the two men had while serving on the Shanghai Municipal Police in China before World War II. The F-S fighting knife was made famous during World War II when issued to British Commandos, the Airborne Forces, the SAS and many other units, especially for the Normandy landings in June 1944.

With its acutely tapered, sharply pointed blade, the F-S fighting knife is frequently described as a stiletto, a weapon optimized for thrusting, although the F-S knife can be used to inflict slash cuts upon an opponent when its cutting edges are sharpened according to specification. The Wilkinson Sword Company made the knife with minor pommel and grip design variations. A scared example of the very distinctive F-S used by post-war Royal Cambodian Parachute Commando Battalion. Typical construction/markings for these interesting knives. This unit is one of the post-war units that is known to have adopted the venerable F-S as their standard Special Forces weapon. These date from the late 1950's on. These knives represent a very interesting diversion of the F-S story. Dimensions whole knife: 27,5cm. ITEM CONDITION AS ON THE PICTURES, USED. This item is in the category "Collectibles\Militaria\1954-60\Original Period Items". The seller is "yu_antiques" and is located in this country: BA.

This item can be shipped worldwide.